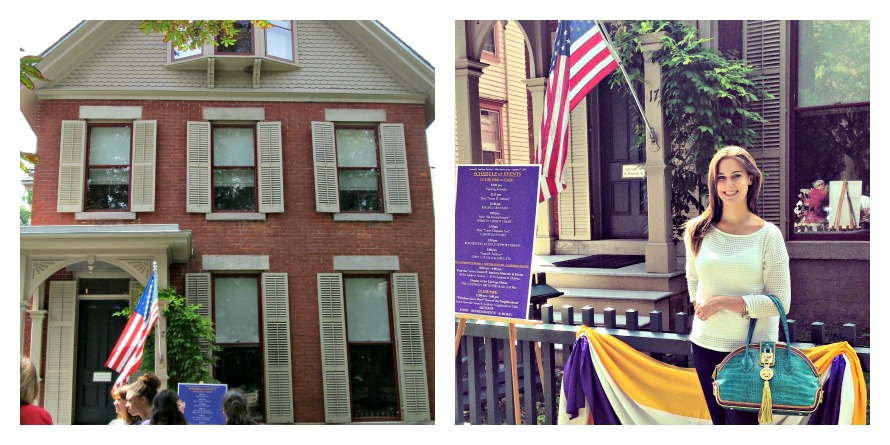 After a visit to The National Susan B. Anthony Museum and House this past Sunday, I left feeling inspired but also humbled. In this day and age, the efforts of Susan B. Anthony and her fellow suffragettes are often overlooked. Voting is a right that today many people (including women) take for granted. But less than 100 years ago, women were still denied this basic right. Women like Susan B. Anthony dedicated their lives to equality. They put themselves in harm’s way and tirelessly campaigned, petitioned and spoke all over America in order to gain equal rights for women. This Tuesday, August 26 is Women’s Equality Day; this day commemorates the passing of the 19th Amendment, which granted women the right to vote. Most people know about the 19th Amendment, but what about the long and difficult road that led to it?

In July 1948, the Women’s Suffrage Movement launched nationally with the first Seneca Falls Convention, organized by Elizabeth Cady Stanton and other suffragettes. The movement gained momentum, and Rochester’s own Susan B. Anthony dedicated her life to the cause. Together with Stanton, they formed the National Woman Suffrage Association in 1869. That same year, Wyoming became the first state or territory to grant women the right to vote. In 1878 the NWSA lobbied Congress for a constitutional amendment, only to be defeated. Starting in 1890 and lasting the rest of their lives, Susan B. Anthony, Elizabeth Cady Stanton and many other suffragettes went state by state, territory by territory, lobbying for women’s voting rights. Slowly but surely states amended their constitutions granting women the right to vote. Following the deaths of both Anthony and Stanton in the early 1900s, the next generation of women took the reins and steered the movement forward. Between 1910 and 1918 under the leadership of Carrie Chapman Catt, 17 more states and territories had given women the right to vote. In 1919 the House of Representatives passed the 19th Amendment, or the “Susan Anthony Amendment”, which was then passed in the Senate and sent to the states for ratification. Within a year, the amendment had passed in 35 states. On August 18, 1920, the last vote needed for the amendment to pass was finally cast by Tennessee and eight days later on August 26, Congress certified the 19th Amendment as law. After a 72 year battle, women were officially granted the right to vote and in the following November election 8 million women voted for the first time. Although all American women could finally vote, it still took 60 more years for every state to ratify the amendment. The last state, Mississippi, finally did so as late as 1984.

The National Susan B. Anthony Museum and House preserves the story of this great woman, educating and inspiring women of all ages about her and the other pioneers that paved the way for future generations. It’s important that the efforts of these women are remembered and celebrated not just on August 26, but every day. 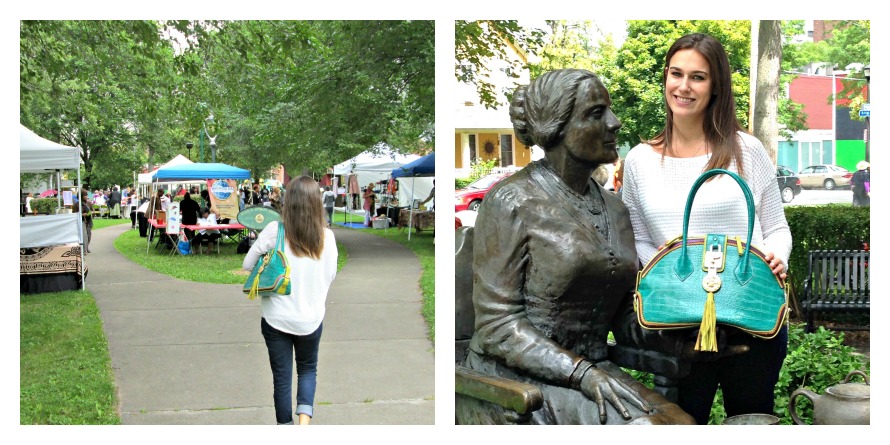 Left: Walking into the Susan B. Anthony Festival on Aug. 17th with Ms. Anthony by my side; Right: The two Ms. Anthonys 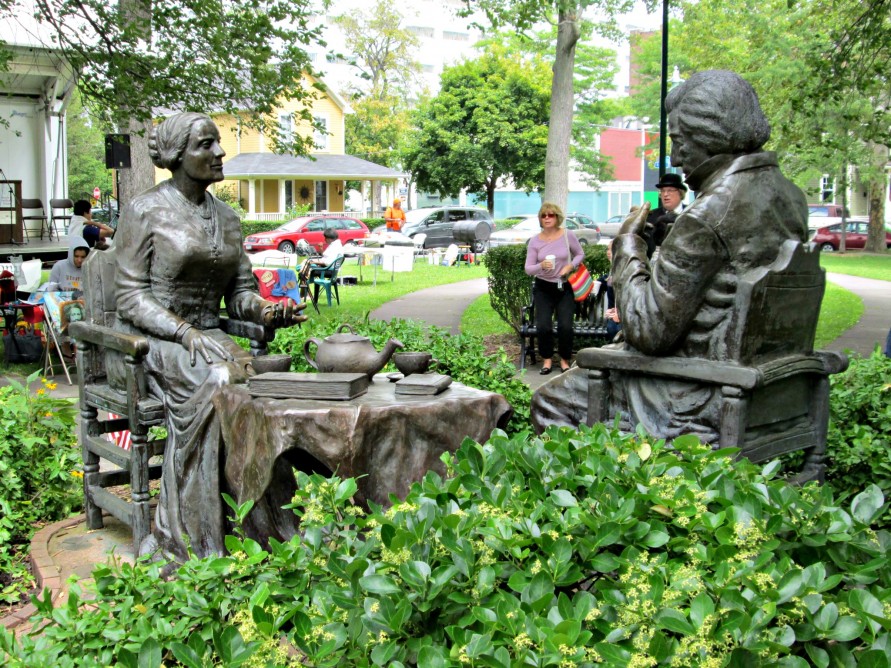 Learn more about Susan B. Anthony and the Women’s Suffrage Movement by visiting the museum, located on Madison Street in Rochester, NY, every Tuesday through Sunday, 11am to 5pm.